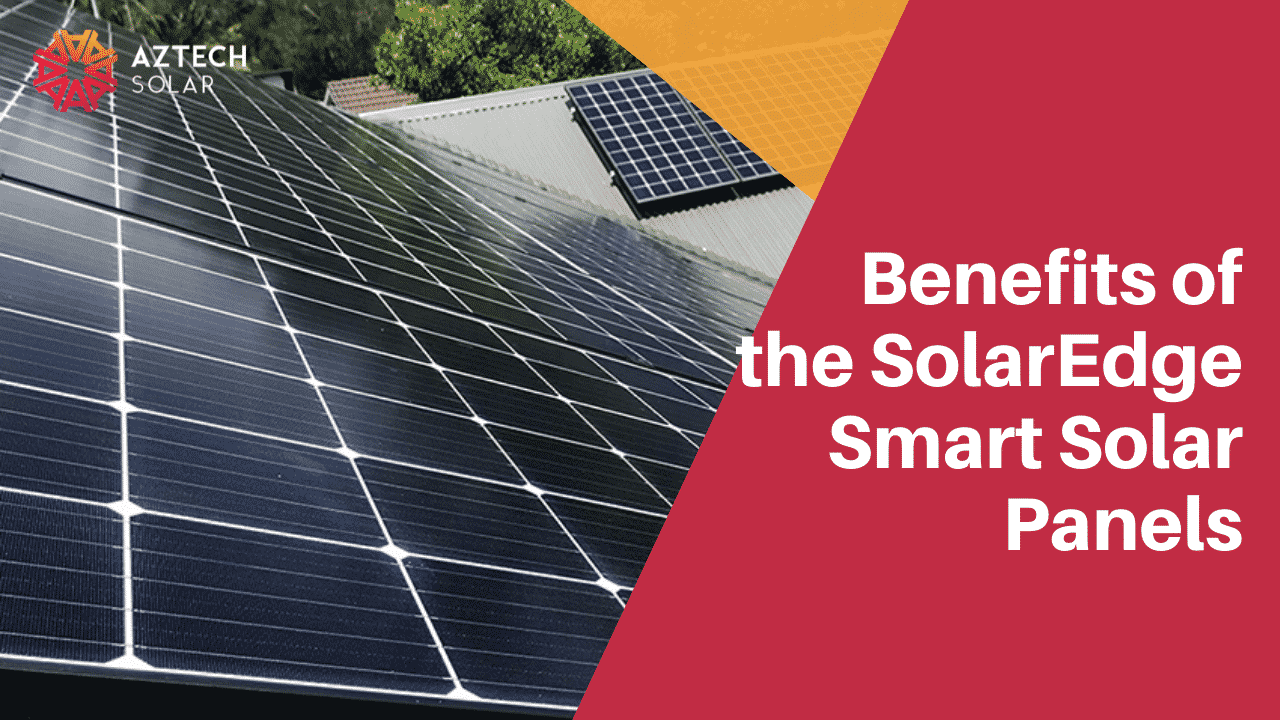 Why choose SolarEdge smart solar panels instead of other brands? Perhaps we should first ask, why you should go for solar energy? Well, chances are, you are aware that solar power is a source of renewable energy that is available to most households.

Next to wind and water, solar power is the third renewable source and causes no release of greenhouse gases after setting up. Its use reduces the need for fossil fuels and foreign oil, while ensuring households have clean energy every day, even during cloudy days. And for these reasons, you may be seriously considering having your own solar power system.

And the first step to take is to choose the solar panels that are best for your home or business.  Before I share with you the benefits of using SolarEdge solar smart panels, allow me to take you on a short walk through some basics of the solar power system.

A brief walk in the history of Solar Cells

The history of photovoltaic or PV energy, commonly known as solar cells, can be traced back as early as 1876.  It was William Grylls Adams and his student, Richard Day, who found that when selenium was exposed to the elements of light, it created power. In 1941, the solar cell was conceived by Russell Ohl and was on the market in 1956.

A solar power system consists of the panels, inverters, racking, as well as the solar battery storage units, and the solar panels themselves, which are the most obvious part of the system. For this reason, you are likely most aware of the solar panels since they have become the icon of the solar system.

These are devices used to catch the rays of the sun and transform them into heat or electricity. Today, hundreds of firms manufacture solar panels providing options in three types, as follows:

These three solar panels types are different in how they are made, their costs, appearance, performance, and installation. Also, each type has its own distinctive strengths and weaknesses. Take note that the type of solar panel suitable for your set up depends on specific factors of your own location and chosen system characteristics.

In Australia, there are countless scattered installations of solar PV or photovoltaic power. You can find them on isolated farms and homes of ecologically conscious people across the country. Solar power sustains the telecommunication cables traversing the land, dams, community water supply pumps, and railway equipment.

Solar electricity also stands as a supplementary power source in remote towns and tourist attractions, among many others, with a capacity of some hundred kilowatts. Strong solar power systems are tapped for warming up water for home use especially swimming pools and indoor storage tanks. In fact, large scale installations of solar energy plants provide power to numerous companies and homes.

What is more, Australia fixed a renewable power goal of 23.5% at 33 terawatt-hours for 2020, which the country met in 2019!  As stated by the International Energy Agency, with a positioned photovoltaic volume of 12,959 MW in June of 2019, Australia is among the top 10 solar countries in the world by capacity.  Also, Australia ranks second only to Germany based on watts per capita at 459 watts.

In September of 2019, Australia had over two million solar cell installations with a combined volume of 13,904 MW PV solar power, wherein 3,290 MW were put in within the preceding year. Obviously, solar energy in Australia is and will stay as a fast-expanding industry!

A SolarEdge smart solar panel sold in Australia is a 60-cell monocrystalline PERC (Passivated Emitter and Rear Cel) panel with an integrated power optimiser. This description gives you an idea of the benefits it offers. These are as follows:

This is made possible by the full visibility of the performance of the system from panel to grid. It also has the best quality control amid a fully programmed production line, besides a 100% Electroluminescence or EL triple review to lessen the possibility of any cell defect. And this is besides its excellent mechanical charging, outstanding shock endurance performance, and elegant pattern with black edging.

Take note that traditional 60-cell panels hold 120 half-cut cells. And once solar cells are halved, their electricity is also divided into two. So, resistive losses stay lowered, as well as the cells producing a little extra power.

In fact, being a monocrystalline solar panel, it has the highest productivity rates because it is made from the highest quality silicon. These panels are known to convert beyond 22% of daylight into electricity.  On top of that, they can last longer than 25 years due to their stable and very inert material.

PERC improves productivity by letting electrons to drift more freely, besides also by boosting the ability of the backside of solar cells to reflect.  Moreover, the energy output is enhanced by the constant tracking of the maximum power point of each individual panel.

Since it is integrated with a power optimiser, it increases energy yield from the solar cell or PV systems through regularly tracking the maximum power point (MPPT) of each smart module individually. The smart module is actually an electromechanical or electronic circuit device that changes a direct current or DC source from a voltage degree to another, which is attached during installation to every solar module.  As a result, the energy yield of each panel is enhanced resulting in efficient power harvesting. It also comes with an automatic panel-level power shutdown to protect property and people.

In terms of price, the SolarEdge smart solar panels are somewhat cheaper because less labour cost is incurred by installers. This simplifies the process of purchasing, inventory, site logistics, as well as servicing for installers. What is more, they come with a fitted optimiser!

6. Warranty with just one vendor

You get to enjoy all these SolarEdge smart solar panel benefits that amount to a huge reduction in your electricity bills. By producing solar energy for your home or business with Aztech Solar, you are assured of only the top-quality solar panels, inverters, batteries, and service.