A Brief History of Solar Panels 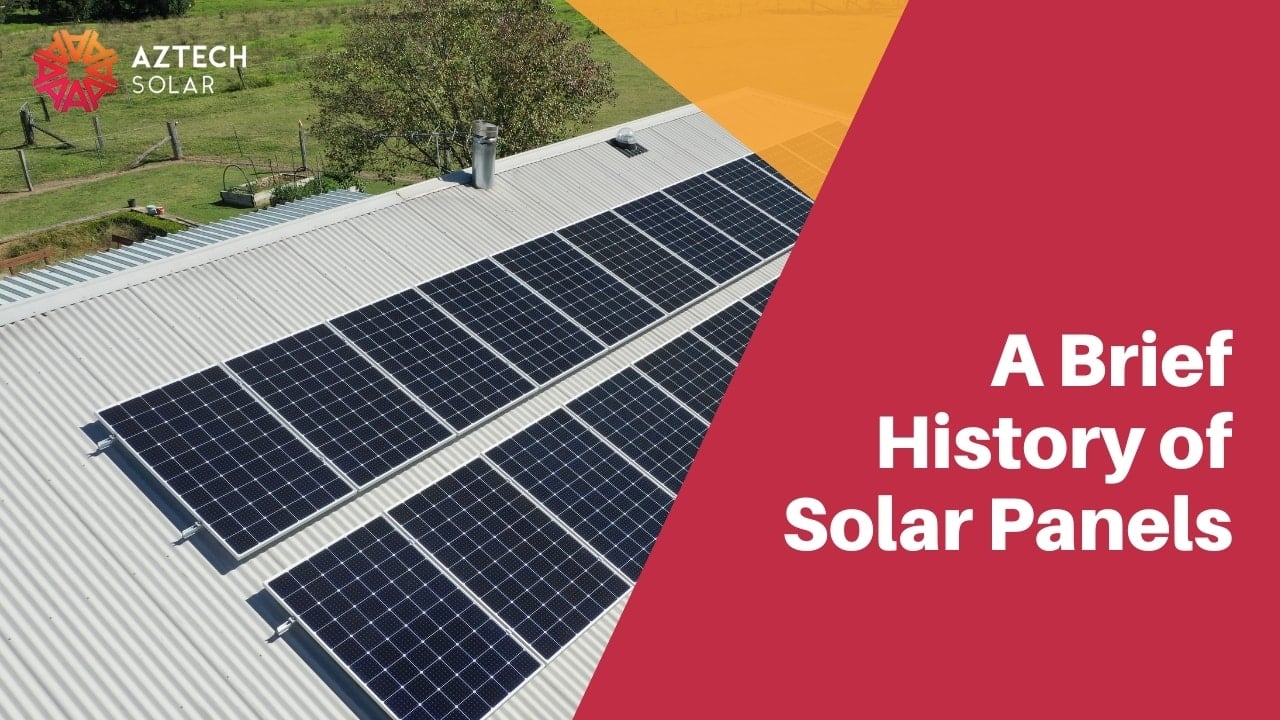 The use of the sun as a source of energy for heat, lighting as well as drying of clothes over the years have proven reliable. Solar power technology is not a recent innovation. It dates back to the 1800s when solar panels sole goal was to heat water and produce steam to run heavy machinery.

In the last 200 years, energy preferences have gradually changed. People took it upon themselves to find out how the sunlight harvesting and transformation process into electricity occurs. It is exciting how solar energy has made it this far.

Yet, this journey didn’t happen overnight. It took great a set of minds and a good number of years for you to sit and enjoy this mobile and state of the art technology. Alexander Edmond was the man behind solar energy. He ascribed that shining beams of light on a piece of an electrode immersed in a solution that is conductive results to the creation of an electric current.

The solar systems present today, sold by Aztech Solar, boast of being the most advanced. Or even better, with the recent manufacturing of solar batteries, this technology allows you to comfortably handle your electrical operations independent from traditional forms of energy. Technological advancements of the solar industry in Australia had a set of challenges as well. In the mid-twentieth century, there was exponential expansion and improvement of the motor vehicle industry. These motor vehicles needed fuel thus major investment in the production of petroleum and coal. This boost in the petroleum and coal industry put a damper on green and clean energy that we get from solar power.

Light processing compounds from particular metals bring about the emission of electron cathodes on the surface of the material. Light arresting compounds cause the materials to receive electrons. A calculated combination of both compounds causes electron configuration by easy flow through a conductor. It is through this process that electricity is produced.

This a summary of the common photovoltaic (PV) effect which means the conversion of sunlight to electricity in the form of protons.

Below is a round-up of the great innovations in their order:

For history to exist, there is always a future. As per the global trends, there is much potential for technological advancements of solar and power energy.

Not only in Australia but also around the world, solar power has rapidly developed over the years. The potential need for using energy from the sun to supply electricity needs is increasing exponentially.

There are several myths associated with the very existence, inventions and consumptions of solar energy. Solar is affordable and environmentally friendly when compared to other forms of energy generation and it is the most preferred means of electricity by Aussies.

Ultimately, solar panels let you generate power near the point of use. Unnecessary movement costs of travelling with the quest of distributing electricity to remote areas are void. If you want to go solar, Aztech Solar is a phone call away.