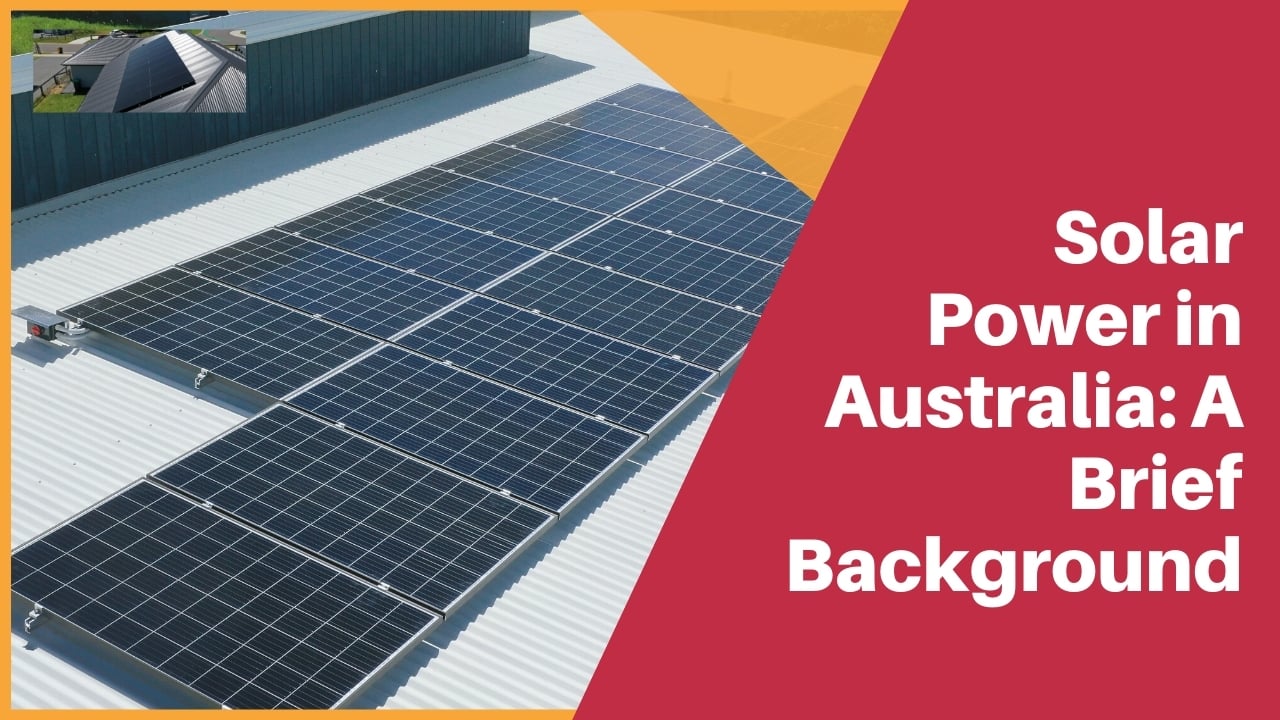 Where it all began

Solar power is one of the world’s leading sources of renewable energy, which draws from the Earth’s natural resources. Australia is also known as one of the top countries for promoting solar power in every household.

As of October 2020, 21% of the country’s household have installed rooftop solar panels. Most people, however, are still having difficulty understanding its concept and how it helps not only in reducing utility bills but also in decreasing carbon footprint. For better understanding, let’s trace the roots of solar energy back to its early discovery.

Familiarise yourself with how Australia become one of the pioneers in this movement.

French physicist Alexandre-Edmund Becquerel was the one who discovered the photovoltaic effect (PV) in 1839. Becquerel’s discovery introduced the concept of using solar as a source of energy.

Back then, the industrialist became worried that the supply of coals used as the primary source of power through electricity and transportation would eventually run short. Scientists were on a mission to find a reliable alternative in case of a coal shortage. Becquerel’s discovery explained how electricity could initiate through sunlight. This also let to further studies of solar energy that even scholars today are still using.

American electrical engineer Charles Fritts made the world’s first working solar cell in 1883. However, research for further development wasn’t supported due to the stable supply of petroleum and coal, causing it to come to a halt.

During the 1950s, the Commonwealth Scientific and Industrial Research Organisation (CSIRO) started research on how solar power in Australia can benefit the future. From leading experimental workshops, CSIRO focused on areas that may lead to significant changes in the country in terms of climate and its natural resources.

Researchers were able to identify that solar energy can lead to a change in the country. By 1954, the team had built a prototype of the first water solar heater. The invention was published globally.

So, what led Australia to continue researching and developing solar power? Back in 1973, the country was one of the western countries most affected by the oil crisis. Petroleum prices went up, and some companies shut down their stations.

Electricity bills went up, affecting a vast number of Australian households. The crisis compelled residential and commercial users to conserve energy by shutting down their electricity when not in use. This crisis became an opportunity for CSIRO to introduce solar water heaters. Households took an interest in it as a perfect way to conserve energy.

Solar PV Panels get an introduction

By the late 1980s, solar energy had already been acknowledged as an alternative source of electricity worldwide. Aside from Australia, many countries worldwide started to utilise solar power on their own by producing other solar-powered products such as cars, satellites, spacecraft, and even commercial buildings became prototypes for the further development of solar energy.

Companies offering solar PV panels went on to install them in households and commercial buildings. People at this time had a better understanding of how the solar panel works. Australia’s seasons were also an advantage, as it is the sunniest continent on the planet. The fact that electricity can come from sunlight became an intriguing new change for the locals.

In 1989, the University of New South Wales developed the world’s first solar PV system with 20% efficiency, making it the most updated solar efficiency recorded.

Solar as the newest renewable source of energy

The early 2000s was a significant moment for Australia as the country finally acknowledged that solar power will be the country’s forthcoming energy source. Research and developments during this time are quite significant due to the new changes and discoveries.

The cost for solar panel installation didn’t seem inviting back then, but knowing that the set up cost could be re-couped by electricity bills savings meant some households were ready to take the opportunity to change.

Appreciating solar more than ever

By the 2010s, solar power in Australia had made its impact throughout the country. The Government’s Australian Renewable Energy Agency (ARENA) has found ways to support different organisations to develop solar power further.

Over the years, ARENA has assisted over 300 research and development teams that they paired with business investors who provided over $290 million worth of research funding. The research promises to break world records for new PV cell efficiencies.

Aside from leading research projects, the government has also encouraged households to install solar panels in their homes with exciting benefits. The feed-in tariff, for instance, allows residential households to earn a potential income through rebates from the government.

Solar power in Australia today has come a long way. People are taking time to learn more about it, and many households and businesses are considering this change as their newest energy source.

Installing solar systems can cost around $3500-$7000. It also depends on the type of structure, whether it is Battery Storage, Inverter, or PV Panels.  However, this one-time cost is a reasonable investment as owners can save electricity bills by receiving free electricity during the day.

Learn more about the benefits of solar energy for you and your household. If you wanted to learn more about the different solar products, chat with our agents or contact us at 1300 992 922. Aztech Solar is one of the most reliable and customer-centred solar and battery installers, servicing Sydney, Newcastle, Central Coast, and North Coast. Get in touch with us today.